Four Corporations That Use Solar Power 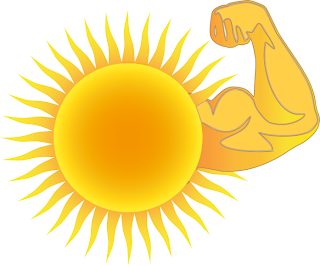 The solar power industry is booming in the United States, though you might not know it simply by looking at the statistics.  The U.S. Energy Information Administration and Ecoworld did a survey on solar power usage throughout the world by country, and found that Germany ranked number one, followed closely by Spain and Japan. The United States is ranked 4th on this list - which is no small accomplishment - however, there is definitely some serious room for improvement.
The US may be lagging behind other countries as a whole, but companies that are based in the United States have been significantly increasing their solar consumption.  The Solar Energy Industries Association and the Vote Solar Initiative found that US chain stores are relying more than ever on solar power companies to provide energy for their facilities.  You may be more than a little surprised when you learn which companies have been utilizing this renewable resource.
Wal-Mart
Many people are shocked to learn that Wal-Mart has been using solar power in some of their stores.  This multi-national retailer has seen a lot of controversy over the years due to many of their policies, and environmental activists have had many negative things to say about some of their products and regulations.  Wal-Mart is more than aware of their environmental shortcomings, and has been slowly trying to become a greener company.  They've recently begun to carry more environmentally friendly versions of their products, and have started to install solar panels on the roofs of many of their stores.
Kohl's
Kohl's is one of the nation's largest retailers, and their special department stores need a lot of power to to operate.  Kohl's has five strategies in place to help lessen their impact on the environment: maximize energy efficiency, minimize waste, responsible building design, reduce climate damaging emissions, and encourage environmental values.  The majority of the power that their stores use is derived from solar power and the company plans to continue to decrease their reliance on non-renewable resources in the coming years.
Johnson & Johnson
Johnson & Johnson is no stranger to environmental controversy; people have been concerned about the pollution generated from their manufacturing processes as well as the ingredients in their products for many years.  Although Johnson & Johnson may have to improve some of their products and processes, they're doing great when it comes to using green energy.  They use wind power, on-site solar power, and they still manage to purchase renewable energy certificates from wind and biomass facilities.
Intel
When people think of environmentally friendly companies, electronics manufacturers probably don’t come to mind.  Many electronics manufacturers have been often criticized for using environmentally damaging minerals in their products, and for consuming a lot of energy during their manufacturing process.  The Intel Corporation, however, was actually named the largest Fortune 500 green power purchaser from the EPA.  They've purchased more than 1.5 billion solar kilowatt hours each year, and they're one of the largest solar energy users in the state.  Their four corporate locations in California rely on solar power, and many of their other locations also use solar power.
The fact that such an increasing demand on solar power companies comes from the nation’s largest corporations is a great indication of things to come. The United States has clearly expressed a commitment to greener energy consumption, and may very well rise to the top of the list of the most solar-powered countries in the future.

Jessica Holmes is an avid blogger who enjoys blogging about environmental concerns.

Email ThisBlogThis!Share to TwitterShare to FacebookShare to Pinterest
Labels: environment, for the greater good